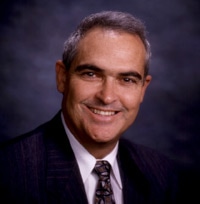 Mr. Alvarez is the Managing Director of Alvarez Company, P.A., CPA Firm established to provide public accounting, tax and consulting services to businesses and individuals. Mr. Alvarez founded his own CPA firm in 1975 and developed it through mergers, acquisitions and referrals. At one point the firm had branches in four Tampa Bay area locations with over 30 employees. The firm was ranked on various occasions as one of the Top 10 largest CPA Firms based in the Tampa Bay area by Tampa Bay Business magazine.

Mr. Alvarez has worked with many businesses and entrepreneurs, consulting with them on business growth, cash management, capitalization, operations, financial, tax, and management advice. He also evaluated and consulted related to mergers, sales and acquisitions, as well as estate and gift tax considerations. He has served as an expert witness in determining company market values. In addition to working with his clients, Mr. Alvarez served as Managing Director of his firm and was involved in running a growing business. His duties included obtaining capital and financing, growing the firm, human resources, setting procedures, acquiring real estate properties, acquiring and merging with other firms, marketing and customer service. He met the same challenges as his entrepreneurial clients. He originally sold his practice in 1996, but continued the Company as a consulting business. The current entity was incorporated in June 1, 1990 and started practicing public accounting again in 2005.

On December 1, 1975, started a CPA practice as an individual practitioner which was the predecessor of the firm in the current form. The firm went through mergers and acquisitions until it established its current entity on June 1, 1990.

Over the years Mr. Alvarez also served in executive positions such as President, Executive VP, Chief Operating and Chief Financial Officer and as a Board Member of various entrepreneurial and public companies including a Company grossing over 20 million dollars in revenues and employing over 100 employees with subsidiaries in various locations throughout the United States. Mr. Alvarez was the key person in negotiating, completing and assimilating various acquisitions including the reverse merger of a public company that had been named to the “INC” magazine’s list of 500 fastest growing privately held U.S. companies two years in a row. He was instrumental in the sale of the major assets to a publicly traded company. He was involved in various Companies in the Distribution, Communications, Publishing, Training, Manufacturing and Real Estate fields. He was also involved in SEC filings.

While growing his CPA practice in the early years, he also served as an assistant college Accounting Professor for six years, teaching Federal Taxes, Cost, Managerial and Principles of Accounting.

Mr. Alvarez has been very involved in his community and with youth groups.

Mr. Alvarez has been married to his wife Janet since March 1970, and they live in Apollo Beach, Florida. They have three children: Steven, a director with Alvarez Company P.A. C.P.A. Firm; Kevin, founder and President of Blue Lynx Marketing, Inc. which specializes in digital marketing for small business, and Ryan, a middle-school teacher and soccer coach.