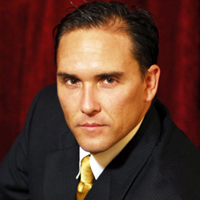 Mr. Alvarez has been working full time with the firm since January 2008 and previously worked on a part-time basis.

Mr. Alvarez has over 18 years experience in preparing and analyzing financial information and has extensive knowledge of internal and external accounting procedures.  His experience includes over 11 years as an accounting administrator with the New York Yankees baseball team where his responsibilities included being in charge of the accounts payable department, accounts receivable for both the Tampa & New York offices and various general ledger accounts, including depreciation & inter-company transactions.

In October of 2010, Steven Alvarez received Enrolled Agent status from the Internal Revenue Service. As an Enrolled Agent, Steven has proven his expertise in tax law and can provide representation for tax payers being audited by the IRS.

Mr. Alvarez also helped do accounting for a public company and a multimillion dollar real estate company that owned various manufactured home parks.  He also has experience in the restaurant and bar business as well as medical billing.

Steven received his Bachelor of Arts in Accounting from St. Leo University in 1994, where he participated in the Honors Curriculum, and attained the Dean’s List on various occasions.  He was a recipient of Trustees, Florida Academic and Soccer Scholarships.  He was captain of the intercollegiate soccer team where he lettered 4 years, was an all conference player 2 years and set the season and career record for most assists.  He was named the University Student of the month for February 1994 and was involved in various student leadership organizations.  He graduated from Jesuit High School of Tampa in 1990 where he was a member of the National Honor Society.

Mr. Alvarez still enjoys playing organized soccer and has been a member of  4 State championship teams & numerous runners up. He was a member of the 1999 5 a side National championship team.  In his spare time he has been a spotter for an NFL game, a statistician for NCAA football, & a statistician for MLB spring training. He was selected to be a part of the committee to interview and select the current President of St. Leo University. He has been a member of the South Shore Chamber of Commerce (formerly Apollo Beach) since 2008.  He has volunteered for various fundraising efforts for non-profit organizations, including Directions for Mental Health & Apollo Beach Waterway Improvement Group (ABWIG).

He has recently been accepted to the South Shore Chamber of Commerce Board of Directors as of January 2013. He also serves as the Treasurer and on the Board of Directors for ABWIG. He has been the finance chairman for the Manatee Festival of the Arts since 2009.

On April 4, 2013 he was elected to the St. Leo University Athletic Hall of Fame.